“Cairo was writing, Beirut printed, and Khartoum was reading”, a saying that has a great fortune of honesty, but if these three components are embodied in one, there is no doubt that he is a philosopher and a genius. Haj Hamad was “the philosopher of Sudan”, as they called him. He believed that culture was the guarantor of healing the rift between the north and south and the rest of Sudan’s regions, and that transparent Sufism was the password that crossed the boundaries of the tribe, and was able to unite the various Sudanese components.

Al-Jazeera documentary produced a film entitled “Hajj Hamad .. Philosopher of Sudan,” which is a revolutionary and cultured figure in Sudan who was not separated from the issues of reality or the nation’s issues, and left literary and educational effects in society.wmode=transparent

Muhammad Abu al-Qasim Haj Hamad was born in December 1941, in northern Sudan, to a family predominantly Sufism of the “Khatmiyya” method, and he got to know the leaders of the Eritrean revolution from a young age, when they visited his father’s house, which made him determined to join With this revolution in his prime, he was even the first to establish its first liaison office in Damascus.

Hajj Hamad says about himself: In 1963 we led a demonstration against the Abboud regime, and in support of the Congo Revolution, which was headed by “Lumemba”, after which I was expelled to a school in Omdurman, but I left it. I could not study there, and I relied on self-educating myself, so that students and teachers at Atbara School know that the key to its library is always present with Hajj Hamad. 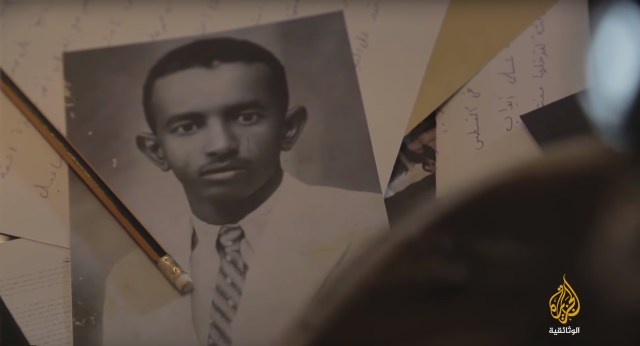 Haj Hamad .. Sudan’s philosopher and revolutionary against injustice on the African continent

He continues, saying: Then it was linked to the Eritrean revolution at the end of 1963, and the strength of the revolution’s forces at that time was only 13 men. During that period, there was strong cooperation between Emperor Haile Selassie and Lieutenant General Abboud, which resulted in the arrest of a number of leaders of the revolution, and the exile of a number of others outside The country, and I was the link between the leaders of the outside world and the armed forces of the revolution at home, and I was working to bring weapons to the fighters, and I used to steal medicines and medical supplies from army warehouses and smuggle them to the rebels.

After its independence, Eritrea did not forget the people of this house who supported them, so they granted Haji Hamad a diplomatic passport, and Muhammad Abu al-Qasim Haj Hamad became an economic advisor to the Eritrean president, and that was in the early days of the government’s announcement in Asmara. 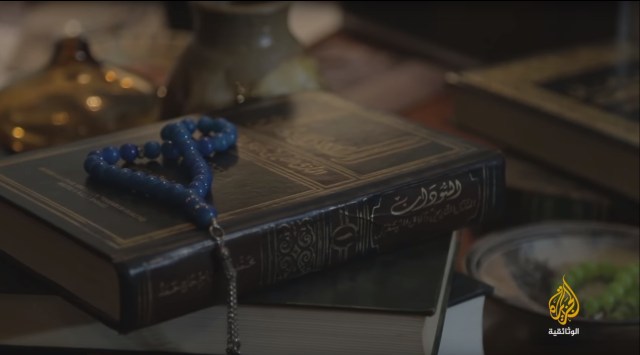 The book “Sudan: The Historical Impasse and Future Prospects”, Hajj Hamad wanted to re-study the Sudanese social phenomenon through it

The historical deadlock: how were the Arabs of Sudan born?

Hajj Hamad settled in Lebanon since the seventies, and established the International Research Office there, and there he authored several books, the most important of which was the book “Sudan: The Historical Predicament and Future Prospects”, specifically in its second edition in 1996, and he wanted to re-examine the Sudanese social phenomenon through it. The book was not a historical narrative as much as it is an analysis of history, and that the dialectic of Sudanese history is summed up in its Mediterranean interactions on the one hand, its Arab and Islamic tones, and then its African depth on the other hand.

Haj Hamad believes that the Arab presence in Sudan was not the result of Fatah or a sword limit as much as it is a natural extension of the Arab presence in Egypt and the Arabian Peninsula, and therefore it is a slow gradual and not a surprising emergency, and to that it was not at the top of the heyday of the Arabs, rather it was on the slopes of their decline. Consequently, the Sudanese nation was not stained with the Arabic color as a nation. Rather, the existence of the Arabs was limited to the form of separate tribes in a plural society.

Hajj Hamad excludes from this the Sufi orders, as he sees that it is the only one that crosses the Sudanese ethnic and tribal components, and it is capable of forming the inclusive Islamic model, and he believes that the Islamic model in Sudan was unique in its kind, it was not an Eastern Islam, and it was not based on a school, but it was A spiritual religion that is inspired by African spirituality, and thus Sufi orders have grown and nurtured in this fertile spiritual environment. 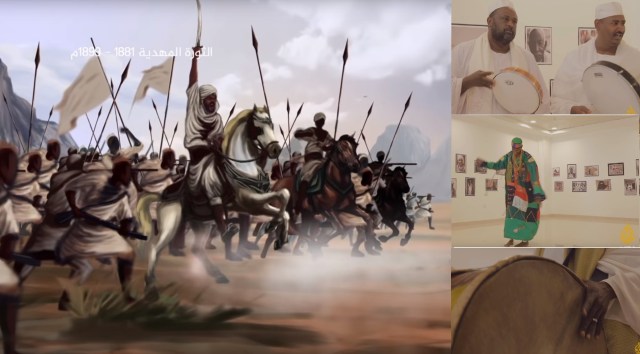 At the tomb of Ibn Arabi .. the ascetic Sufi

Some of Hajj Hamad’s companions describe him as being a Sufi par excellence. He says about himself in one of the television seminars in 2000: The book “Sudan” cost me about twenty thousand dollars, and before that I had two options: one is to use this amount to buy a house or a plot of land, and the second is to bring this book to the light and present it to you as a tax for My foreignness is outside Sudan, so I chose the second one, and I hope you will accept it.

Hajj Hamad speaks about the Mahdist revolution, and says that the Mahdi received his religious and mystical knowledge in the retreats of northern Sudan, then he moved to western Sudan and there he founded his jihadist revolutionary idea. This is because an invitation such as the return of the awaited Mahdi was not expected to receive that acceptance in an environment connected to the schools of antiquity, which is dominated by the “official Islam” established by the Ottomans, such as the regions of northern Sudan, and on the contrary, it is eligible for full acceptance in an African environment such as western Sudan.

Sufism was deeply rooted in the heart of Hajj Hamad. One of his friends mentioned that when they visited Damascus for an important political meeting, Haji Hamad refused to do any activity before visiting the tomb of Ibn Arabi, and there he cried and cried bitterly for more than two hours, and he used to mourn the grave and broadcast what he found, and he did not He notices that he is alone until his companions pull him away from the shrine and remind him of their busy schedule. 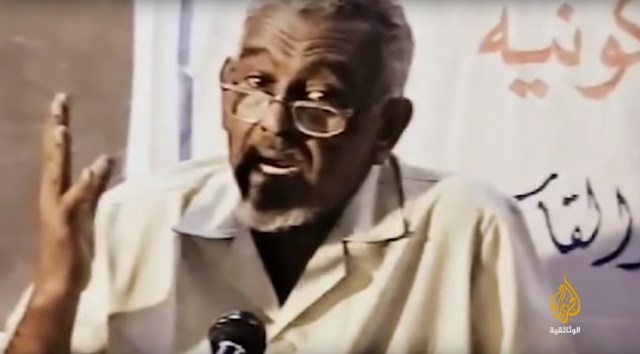 The two readings .. the source of the resurrection of the Islamic world

Haj Hamad crystallized the juice of his thought on the Islamicness of knowledge, and included it in his important book “The Second Islamic World”, in which he dealt with the famous existential trinity: the unseen, man and nature. Man as revolt against himself, nature as revolting against man, and the unseen that balances these three components.

This book was bold in its answers to some critical questions, as it proposed the concept of combining the two readings; Reading with God, God is the one who brings you to the unseen and all knowledge that is not perceived by the senses, then reading with a pen is nature reading. And the combination of the two readings will be the source of the resurrection of Islamic universality once again. 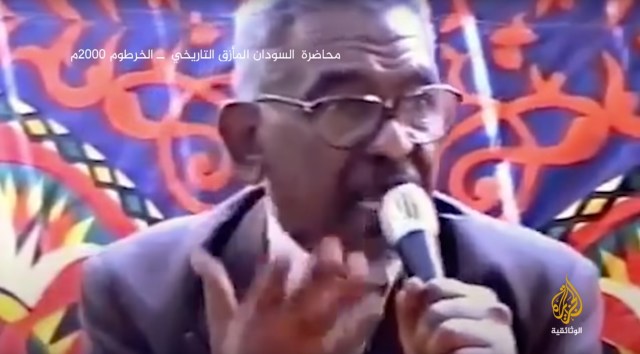 In his lecture “Sudan … the historical impasse,” Abul-Qassem talks about the necessity of establishing a confederation in the Horn of Africa

Philosopher Haj Hamad focuses on the social problem in Sudan, diagnoses the state of social schizophrenia that is due to the tensions between the Mediterranean face of Sudan, with its African depth, and proposes the concept of “civilization leverage” as a solution to this state of dichotomy, as it raises the cultural levels in the different regions to the level of the center’s culture. Then we can dream of a comprehensive and united Sudan, not regions, each of which aspires to secession and independence. When he spoke about the center, he did not mean the dictatorial center where the powers and wealth are concentrated, as much as the cultural center that takes it upon itself to raise all the regions to follow it in knowledge, knowledge and understanding.

The book “Sudan and the Historical Impasse” had predicted the secession of southern Sudan and its scramble towards the Kenyan and Ethiopian depths, as the north was unable to draw it towards a united Sudan, and this was before the actual secession in 2011, and it also warned that other regions would follow the example of the south. Therefore, it presented his bold idea. In the unification of the whole of the Horn of Africa in the form of an integrated economic, military and cultural confederation, supported by a legacy in the depths of history.